We all love the refreshing moment we walk inside from the hot and humid summer day and experience that sweet cool, dry air.

Most Americans today fully depend on household appliances like dehumidifiers and air conditioners to keep the air in their home fresh and dry.

Yet, the question remains: if my goal is to dry the air in my home, then which appliance really works better – an air conditioner or a dehumidifier?

And when, exactly, should I use each?

The question of whether to use an air conditioner vs. a dehumidifier to dry-out a room is a popular topic – especially for arguments at home.

In this article, we’ll answer these questions so you won’t have to wonder (or fight) about it any more.

Dehumidifiers and air conditioners are similar in that they both reduce the humidity level of inside air.

While they share this feature, there are several major differences.

Dehumidifiers are most often used in spaces where uncomfortable levels of humidity, condensation or mold growth are likely to occur but the ambient air temperature is not an issue.

Humid air is pulled into the dehumidifier, passed over an evaporator coil followed by a condenser coil, and then released back to the space it came from.

As the air flows over the condenser coil, humidity is removed and the air is warmed slightly, leading to warmer air being discharged than was previously taken in.  In some units the heat is used to sterilize the return air, ridding it of biologicals such as fungus and mold.

A dehumidifier’s ability to reduce and control the moisture of a specific area makes dehumidifiers great for crawl spaces, basements and water damage restoration.

In contrast, while air conditioners also reduce the humidity level in a room, instead of exhausting warm air, they cool it, making warm, sticky environments far more comfortable.

While dehumidifiers are completely stored in the space they’re working, air conditioners are usually placed in windows or parts of them stored outside (like a window system) because their heat exchangers release far hotter air than a dehumidifier does.

Warm, moist air is taken into an air conditioner, either via the device or via a port in the wall. Like a dehumidifier, the air moves over an evaporator coil and then a condenser coil.

As air moves over the condenser coil, the heated air it generates is captured and discharged outside, leading to a cooler atmosphere.

The cooling effect of the AC is the most crucial reason why these machines are used.

Using a Dehumidifier vs. an AC To Dry Your Home: Pros and Cons 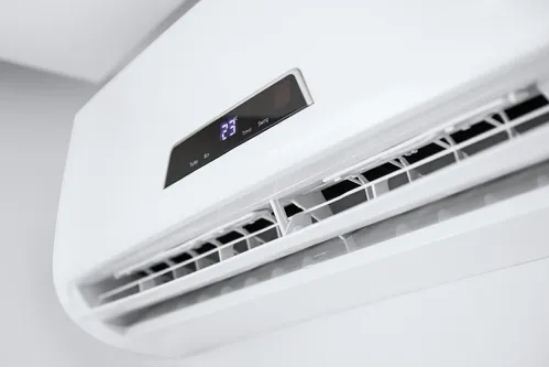 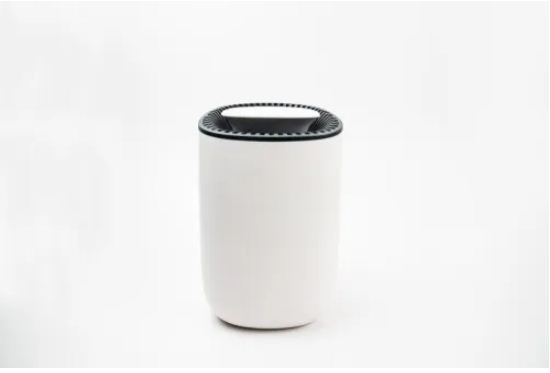 Using a dehumidifier with a humidistat and adjustable humidity settings saves even more energy, because it only runs when it needs to – and again, only in one room.

Remember that power consumption depends on the intelligence and sensors in the machine you choose. The latest dehumidifiers use humidistats, greener fan motors and are far more energy-efficient, so you should limit your shopping to more recent models.

Do Dehumidifiers Cool the Air?

Dehumidifiers have lots of use, including cleaning the air of mold and relieving people with asthma and allergies.

Even though a dehumidifer technically warms the air it dries, it can actually make a room feel cooler because it greatly reduces humidity, which allows your body to cool itself faster via evaporation of sweat.

Once you have decided which type of appliance will work best for your requirements, it’s time to examine the different kinds.

Not all dehumidifiers and air conditioners are the same; a few crucial pieces of information differentiate them.

Window air conditioners are installed in a partially-open window.

They cannot normally cool an entire house, and energy efficiency is higher than a whole-home central AC.

Portable air conditioners come in many types and sizes, but all share the same function: to cool a room or two with a minimum of fuss.

Hot exhaust air is removed from the house using a hose vent that is either passed through a window or a dedicate exhaust vent in a wall.

These devices are really useful, as they can be placed wherever you want them to be.

And they are extremely energy-efficient compared with central AC units.

This device has two distinct units (indoor and outdoor ), and it doesn’t require exhaust vents or air ducts.

The indoor unit controls the outside unit.

Central air conditioners are most often used to cool entire buildings instead of single rooms.

A typical HVAC system relies on a powerful air compressor and a large condensation coil to cool large volumes of air.  In the process, it condenses a large amount of water from the air which must be pumped or drained outside.

In this simple and cheap type of dehumidifier, a chemical known as ‘desiccant’ is used to absorb moisture from a small space.  Once the chemical is saturated, it is replaced with a fresh batch.

Desiccant dehumidifiers do not consume power, making them perfect for remote buildings and vehicles that do not have access to a regular power supply.

Many boat and RV owners use desiccant humidifiers to keep their vehicles dry while not in use.

This system employs something called a Peltier module‘.

Electricity is passed through the module, leaving one side of the module chilly and one side hot. The cold side is where the air loses its moisture.

Peltier / thermoelectric air coolers are relatively weak when it comes to removing humidity and cooling the air.

They are normally used in small devices like drink coolers.

Coil dehumidifiers work in a way that’s similar to refrigerators.

Hot air flows through the refrigerated coil and the fan. The coil traps the moisture from the atmosphere, thereby removing the humidity.

Now that you know the difference between the two devices, let us focus more specifically on what you need.

Whether you would like a dehumidifier, an air conditioner, or both, you’ll need to decide on some features to find just the right the model for you.

There are MANY dehumidifiers and air conditioners on the market, of course. Each has its own particular use and room size.

To help you narrow your choice, below we list a few of our favorite top picks based on our previous work compiling buying guides and product reviews. 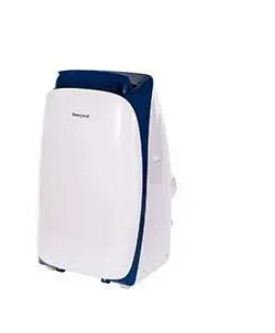 If you have moisture problems in your house, you will probably be taking a look at a dehumidifier or an air conditioner.

If you need something simple for just one room, then the Honeywell MN10CES is a great choice.

It’s portable, small and doesn’t use nearly as much energy as central air does.

It’ll keep your bedroom or living room dry under almost any condition, too. 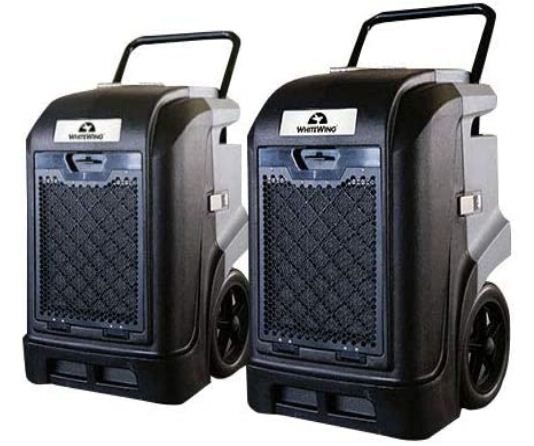 Smelling mold or air dampness in the basement are signs that you need a dehumidifier or a powerful air conditioner to remove excess humidity from your home.

The WhiteWing Superdry 90 may be exactly what you’re looking for.

It covers a very large space (3,000 sqft) and includes a sensor to detect the best degree of fan speed and the defrost cycle.

If your home is excessively hot along with the humidity, you may want to consider the Maytag M1200 AC unit.

It can move the hot, dehumidified air out of your home. This model is silent and energy-efficient. Plus, it comes with a one-year warranty if you’re not completely satisfied. 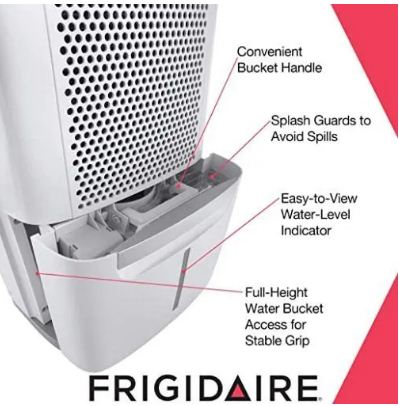 Another reason to consider a dehumidifier is the health advantages they provide to you and your loved ones.

You may read more on this. If someone in your family suffers from asthma, or if you’re just aware of good health, consider Frigidaire’s 70-point model.

Seeing as this system eliminates up to 70 pints of moisture from your house daily, it’ll serve almost any sized room or small apartment.

So which type of appliance serves your needs best?

Air conditioning unit or a dehumidifier? Both are amazing inventions that will reduce the humidity in your home.

Hopefully, this guide will help you with that decision.

Let us know below if you have any additional questions about dehumidifiers or air conditioners.

I’m a degreed ME (mechanical engineer) who is passionate about machines of all kinds.  I created MachineWonders.com as a way to connect with others who love machines like me – or need help choosing one for their needs, application, or situation. 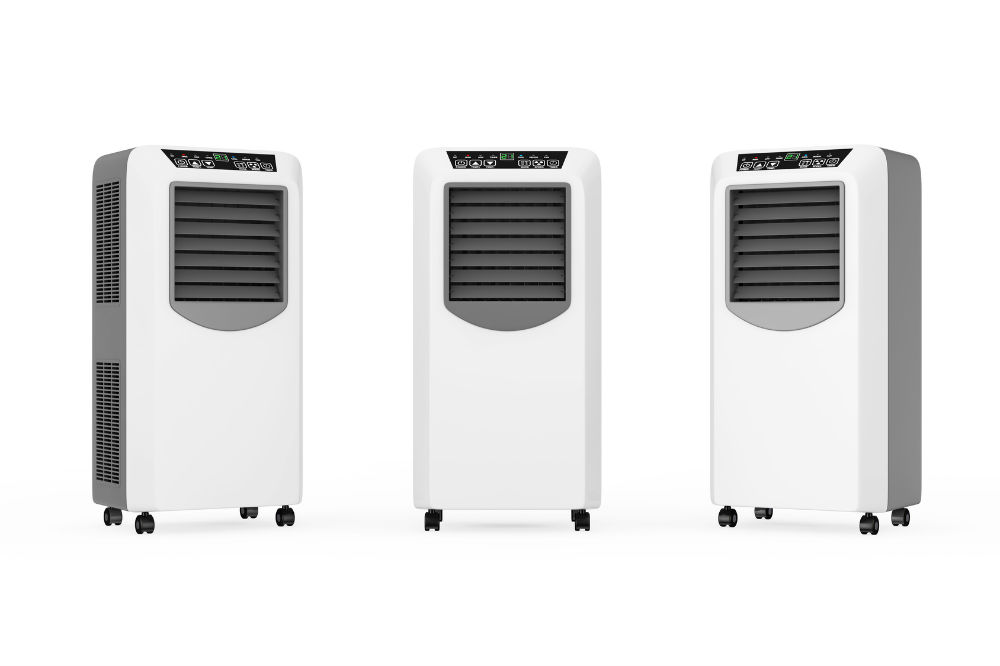 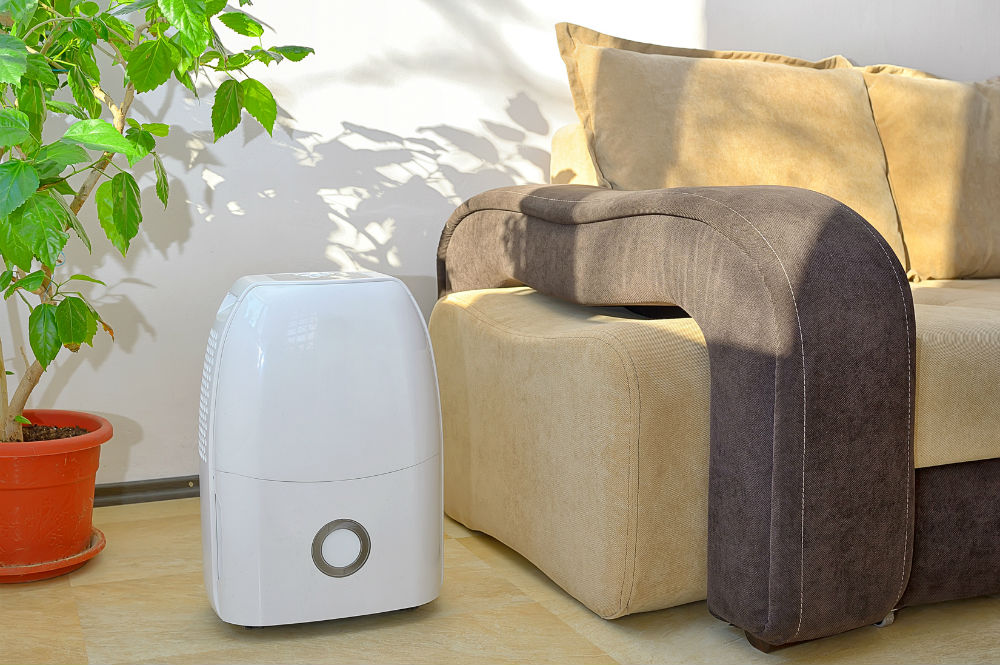 I'm a degreed ME (mechanical engineer) who is passionate about machines of all kinds.  I created MachineWonders.com as a way to connect with others who love machines like me - or need help choosing one for their needs, application, or situation.

This site uses Akismet to reduce spam. Learn how your comment data is processed.